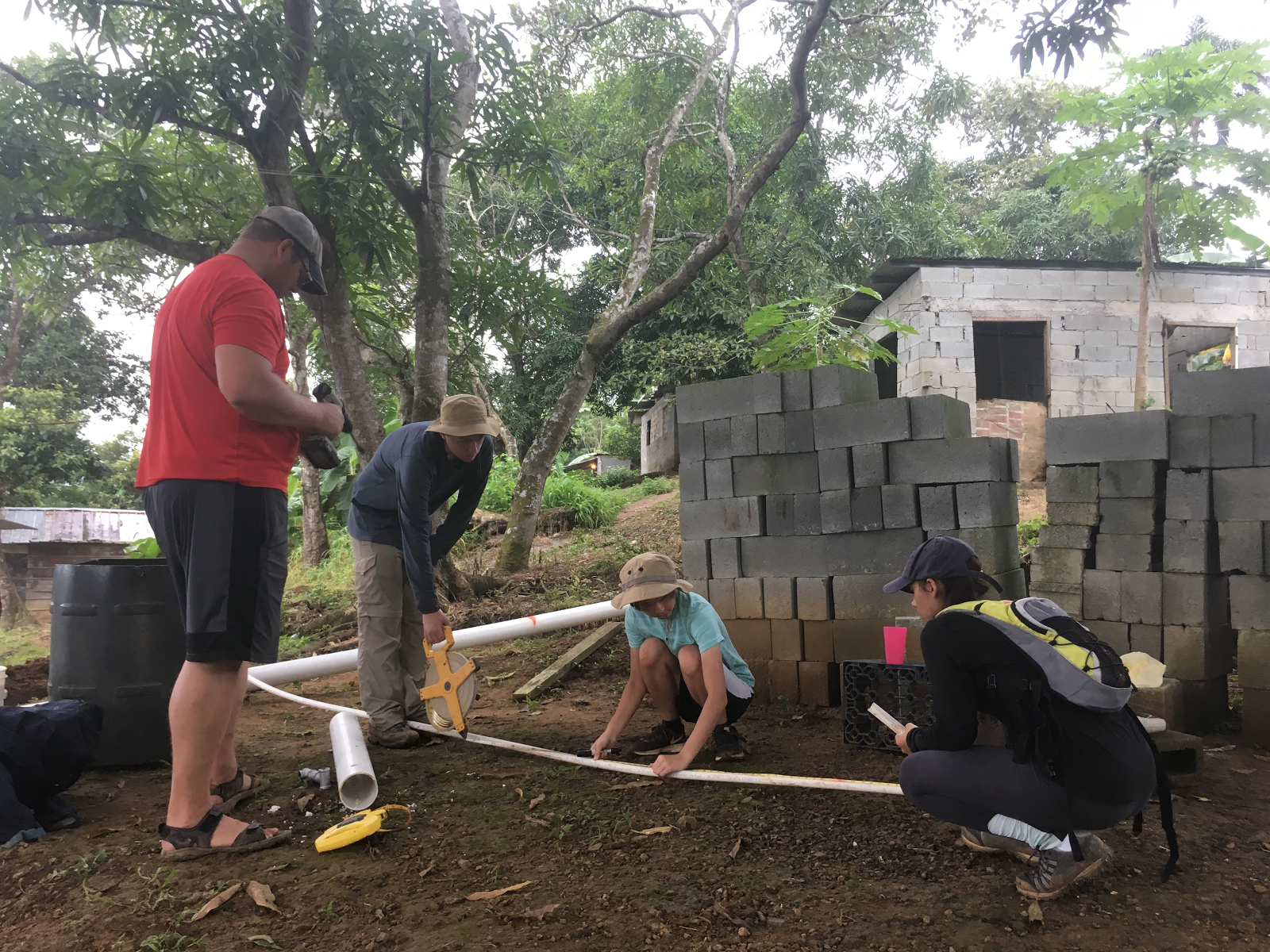 El Valle de San Francisco, Panama, a community of 1100 people, is a short drive from Panama City, but residents of San Francisco lack access to basic water and sanitation systems. Due to intermittent water supply, residents must store water for long periods in home storage containers, which easily become contaminated and lead to water-borne disease. EWB-Berkeley collaborates with Footprint Possibilities, a Panama-based NGO, to construct a distribution system that will provide access to running water for San Francisco.

Donate to the Panama Project The system will consist of two networks, colloquially named “Chicken Coop” and “India,” each with tanks connected to communal taps. During the academic year, members of the Panama Project design different parts of the system with the aid of professional mentors. During trips to Panama, team members build thesystem with community volunteers.

The Panama team collected data during a series of assessment trips during 2015 and 2016, and completed the Chicken Coop network during our first implementation trip in August, 2017. Chicken Coop is currently providing water to one sector of the community of San Francisco, and includes three tanks and seven tap stands. Team members will return in Winter and Spring 2018 to build the India network and monitor the Chicken Coop network.

Project members collaborate with the community of San Francisco to ensure that the system will last and adapt to the community’s needs.

San Francisco has elected a water committee to manage the distribution system. Project members conduct biweekly phone calls with water committee leaders to stay up to date on events in the community and collaborate on design. During trips to Panama, team members gather data about community health and water use and hold community meetings.

Data collected in August 2017 showed high coliform counts in the water stored in residents’ homes in contrast to the low count found in the tap stands. Following the test results, our team is developing a manual to educate the community on water storage, and planning sanitation workshops for future travel trips. We collaborate with EWB projects across the country on our education plans.